Following the award of the Royal Irish Academy Young Chemist Prize in June 2017, Dr Fergus Poynton was nominated by the Academy for the prestigious International Union of Pure and Applied Chemistry-Solvay International Award for Young Chemists.

Fergus was selected as one of five winners of the International Award for Young Chemists and was presented with his award at the World Chemistry Congress in Sao Paulo, Brazil in July.

Dr Poynton's thesis was entitled ‘Spectroscopic investigations into the excited state processes and reactivity of Ruthenium(II) polypyridyl complexes’. His novel research explored the (photophysical) properties of a Ru metal ion based complex which can act as an ultrafast light switch in the presence of DNA.

To read more about the Irish prize please click here

To learn more about Fergus and his research please click here

Congratulations to Dr. Fergus Poynton who will receive the International Award of Young Chemists at the 46th World Chemistry Congress (IUPAC 2017)

Winner of Ireland’s Young Chemist Prize to be awarded prestigious international award at the World Chemistry Congress (IUPAC 2017) Every year the Royal Irish Academy awards a prize for the most outstanding Irish PhD thesis in the general area of the chemical sciences. In 2016 the Academy selected Dr Fergus Poynton and his name was put forward for the prestigious International Union of Pure and Applied Chemistry-Solvay International Award for Young Chemists.

The Academy is delighted to announce that Dr Poynton has been selected as one of five winners of the International Award for Young Chemists. The award will be presented to Fergus at the World Chemistry Congress in Sao Paulo, Brazil in July. Dr Poynton's thesis was entitled "Spectroscopic investigations into the excited state processes and reactivity of Ruthenium(II) polypyridyl complexes".

His novel research explored the (photophysical) properties of a Ru metal ion based complex which can act as an ultrafast light switch in the presence of DNA. It is also possible to determine the nature of the interaction of such complex molecules with DNA to improve our understanding as to how light-activated drug molecules may operate within living cells for phototherapeutic applications. The award winning essay described the thesis work and placed it in perspective to current research in the chemical sciences.

A number of publications have also arisen from this research including a feature on the December 2015 issue of Nature Chemistry. Fergus’ outstanding scholarship has been clear from an early stage. He obtained a first class honours degree in Chemistry from Trinity College Dublin and was awarded the Gold Medal for his performance in his final year exams-the highest honour that can be bestowed upon an undergraduate of Trinity. He went on to obtain an Irish Research Council scholarship to carry out his PhD studies. He has made a major contribution to Trinity’s TG Supramolecular and Medicinal Chemistry Research Group. 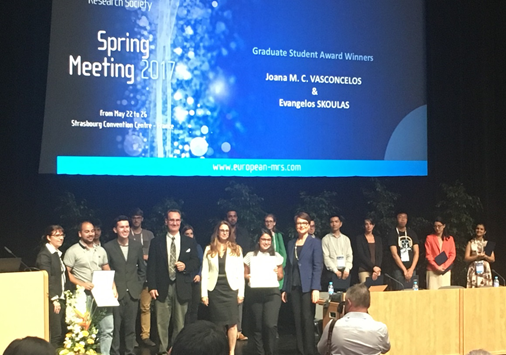 Congratulations to Joana Vasconcelos, a 4th year student under the supervision of Prof. Paula Colavita, on her Graduate Student Award at the E-MRS Spring Meeting 2017 in Strasbourg, France. Joana presented the work that she has developed for the last four years of PhD on “Understanding lipid-carbon interaction for the rational design of carbon-based biomaterials”. The School of Chemistry housed NEAT Raw Materials team have secured further funding for their transnational innovation activities. These Raw Materials projects integrate EU partners with Latin America and Australia in a series of innovative education and socio-technical projects, amounting to ca. 2.5 Million Euro in total of secured funds by the group over the last two years. The recently submitted proposal NEAT Consolidate has been selected as one of the winning projects by the EIT Raw Materials within the 2017 Call. After receiving the EIT accreditation for its innovation approach to Industrially relevant and focused PhD Education in 2016, and following award of the NEAT PhD Pilot programme (2017), NEAT Consolidate provides significant funding to cover activity during the period 2018-2020. The NEAT MATERIALS PhD Programme is coordinated by Dr Damaris Fernandez and Professor Mike Lyons is its Academic Director. Dr Fernandez and Professor Lyons have worked in the development and implementation of EIT based Raw Materials activities since 2012, facilitated by several National, EU and Industrial funding schemes. The EIT KIC activity within Trinity college Dublin will play an intimate role in the new TCD Innovation Hub.

Congratulations to Professor Aidan McDonald on being awarded the RSC's Sir Edward Frankland Fellowship 2017. This Fellowship is presented every two years for the encouragement of research in organometallic chemistry or the co-ordination chemistry of transition metals. Aidan won the award for discoveries made towards understanding the reactivity properties of high-valent late transitional metal oxidants, and towards the functionalisation of 2D nanomaterials through simple coordination chemistry techniques. The award comprises £2000, a medal and a certificate. The winner will also complete a UK lecture tour. For more information, see Trinity News and Events 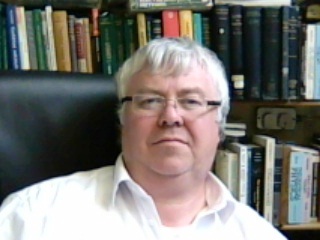 Congratulations to Prof. Mike Lyons on being elected as the new Head of School. Mike will start his three-year term of office on 1 July 2017.

Congratulations to Yue Lu who was the recipient of the
2016/2017 BOC Gases Postgraduate Bursary.

FELLOWSHIP: Congratulations to Professors Valeria Nicolosi and Mick Morris on their election as Fellows of the College on Trinity Monday.

SCHOLARS: Congratulations to all of the students who were elected as Scholars on Trinity Monday and, in particular, the students who sat the Chemistry Scholar examinations* and Sylvia’s daughter Hannah.

Congratulations to Lucy Prendeville and Seán Kavanagh, runners-up in the 18th National Eurachem Analytical Measurement Competition (EAMC) hosted by DIT on Friday 7 April.
The EAMC Competition is open to teams of two full-time third-level registered students studying laboratory sciences in Universities or Institutes of Technology anywhere in Ireland and who have not yet entered the third year of their course. Two teams represented the School of Chemistry, TCD and these comprised Lucy Prendeville and Sean Kavanagh, and Annie Regan and Evlin Vincent.

Eurachem is an association of Professional European analysts with close links to bodies charged with promoting excellence and reliability in analytical measurement worldwide. It is a reference body for international standards from which industry, governments and others seek advice on best practice, laboratory accreditation and legal benchmarking. Eurachem (Ireland) consists of members from state bodies, industry and education, and conducts workshops and seminars for analysts, educators and managers on topics such as validation, measurement uncertainty and traceability.

Congratulations to Eoin McCarney on being selected to attend
the 67th Lindau Nobel Laureate Meeting in Lindau, Germany this summer. 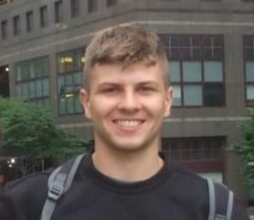