Three hundred 5th year students from more than ten schools across Dublin attended the oversubscribed event which was opened by Professor Clive Williams, Dean of the Faculty of Engineering, Mathematics and Science, and supported by local high-tech employers such as Merck, Pfizer and Intel. Students learnt what it is like to work in a variety of Chemistry-based jobs such as the national forensic science laboratory, a multinational pharmaceutical company or even as a publisher of scientific journals. TCD Senior Sophister Chemistry undergraduates Seamus Byrne and Colm Healy were also on hand to talk about another big question that many leaving-certificate students have, “what is it like to study at college?” Postgraduate students Colm Delaney and Ian Godwin also demonstrated how their cutting-edge research is relevant to every-day problems.

The event was universally well-received, by students and teachers alike, making for a lively question and answers session. Ciaran O’Connor, a science teacher from The King’s Hospital, said “there was a great diversity of speakers, which really helped to show the multidisciplinary career options to Chemists…..the TCD School of Chemistry students were particularly engaging”.

A satellite event was held later in the day for current undergraduate and postgraduate Chemistry students, featuring many of the same speakers and also additional representatives from GlaxoSmithKline, Tomkins and An Bord Pleanála. Dr Rachel Evans said “Our School is committed to enthusing the next generation and showing them the benefits of Chemistry as a degree subject for a bright future in our local industries. We’re extremely grateful for the generous time commitment from our speakers today”.

The First Annual Postdoctoral Research Day was hosted yesterday September the 18th by the newly commissioned Trinity Biomedical Science Institute (TBSI), where the Organic and Medicinal Chemistry section of the School of Chemistry is hosted. Two presentations were given by members of the Gunnlaugsson Research Group. Dr. Jonathan Kitchen gave a lecture on the recent development within the Research group and more specifically on the development of novel luminescent self-assembly material for the sensing of biological molecules such as phosphorylated amino acids. Dr. Oxana Kotova presented a poster on the development of novel lanthanide luminescent self-assembly polymer material that has potential application in medical devices; but this work was carried out in collaborate with the team of Prof. John Boland (School of Chemistry and CRANN). Dr. Kotova was awarded the Poster Prize for her contribution on the day. Many congratulations to both for excellence performances

Drs Kitchen (left) and Kotova in the Gunnlaugsson Synthetic Laboratory on the 7th Floor of the TBSI building. 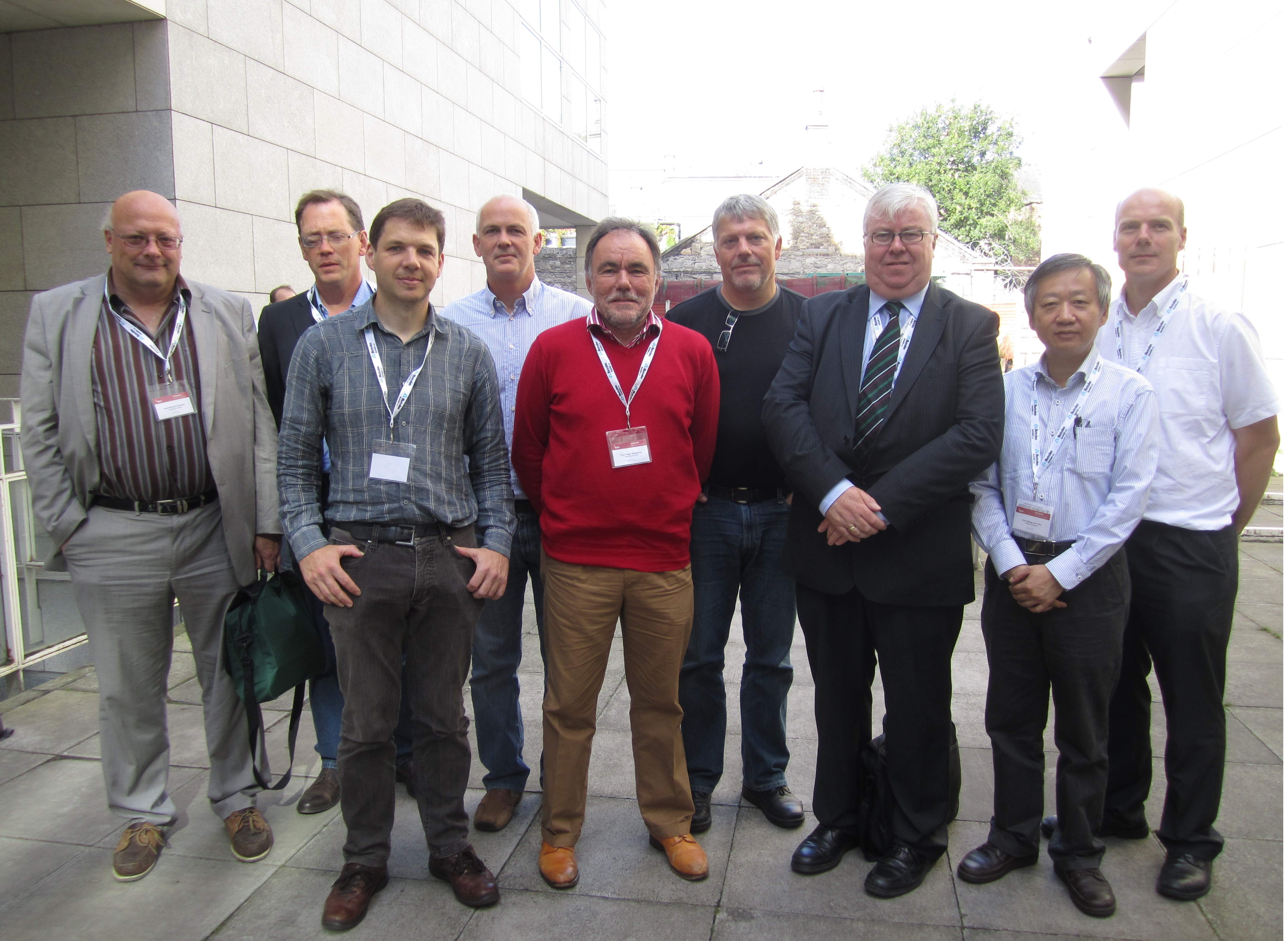 Summer Student Simona Morochnik wins prize for best poster at the SURE poster competition. Simona, an undergraduate student at the University of California – Santa Barbara in the United States (UCSB), joined the group of Prof. Silvia Giordani at the School of Chemistry during the summer months under the sponsorship of the SURE programme (Summer Undergraduate Research Experience). Simona, who originally comes from Los Angeles, CA is a bright third year student at UCSB where she is finishing her degree in Biology. She worked for 10 weeks together with postdoctoral fellow Ilaria Biondi on a project aimed at functionalising the surface of carbon nano-onions with a spiropyran derivative. Her results were presented at the SURE poster competition on August 22, where she was awarded the first prize for her presentation. Congratulations Simona!!! 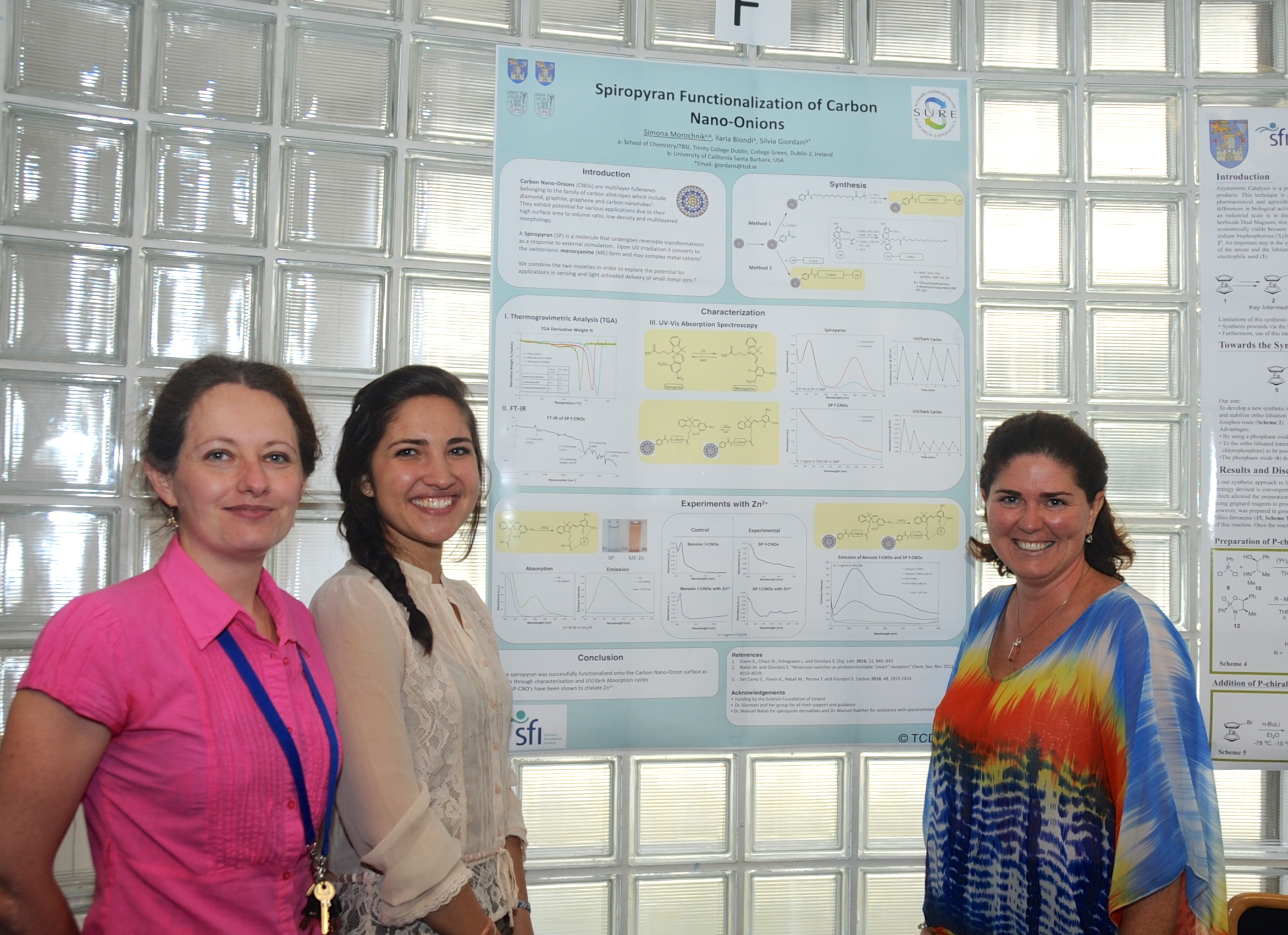 Professor Jean-Marie Lehn (University of Strasbourg, and 1987 Chemistry Nobel Laureate) delivered the 2012 Cocker Lecture entitled ‘From Matter to Life: Chemistry? Chemistry!’ in the Tercentenary Hall, Trinity Biomedical Sciences Institute on July 3rd. The large audience was taken back to the very beginning of time itself, and from the ‘Big Bang’ to the aggregation and organization of matter. It was argued that Life, rather than being a unique or accidental occurrence, is an inevitable and someday comprehensible consequence of the laws governing matter and the Universe. In Lehn’s view, Chemistry is uniquely positioned to answer the ‘big question’ –exactly how did matter come to become organized into what we now call ‘Life’?

Lehn took the audience on a tour of the history of Chemistry via a selection of what he considered to be key eureka moments; from the early endeavours of the ancient Greeks to the beginnings of the subject as we know it today, finishing with the efforts of contemporary scientists to design and control molecular systems capable of the types of organization, regulation and even evolution more usually associated with biological systems. The Lecture concluded with a nod to the future, positing that Chemistry will contribute to the design of ever more complicated systems capable of mimicking or integrating with Biology.

The lecture was well received by the audience in the Tercentenary Hall, which included members of the Cocker family and the French ambassador to Ireland, HE Mme. Emmanuelle d’Achon.

Julian Shaw (1st left, back row), a PhD candidate in the School of Chemistry at Trinity College Dublin was recently presented with his 2012-2013 Fulbright Award. Julian will be researching novel methods for the synthesis of potential antidepressant compounds at the Scripps Research Institute, La Jolla.

L’Oréal UNESCO UK and Ireland For Women In Science Fellowships 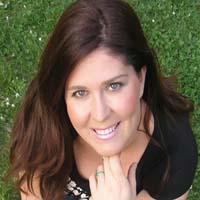 Silvia Giordani, PIYRA researcher in the School of Chemistry, has been nominated as one of the finalists short-listed for the 2012 L’Oréal UNESCO UK and Ireland For Women In Science Fellowships (www.womeninscience.co.uk). The winners will be selected by a panel of eminent scientists, with the finals of the competition taking place in London on June 28th next.